Right now, I need to wear flip flops. I REALLY need to wear flip flops. Every year I feel the heaviness of winter and swear I’m going to move somewhere warm. I’m cold all the time anyway, so winter is a double whammy. Of course, the kids are excited about playing in the snow and drinking hot chocolate. But I want to pull the covers over my head and hibernate…

As we move from winter to spring, I’m thinking about how many things have changed over the past few years. Charlotte is 8 years old and has really grown into the big sister role. She looks out for Emmy and Theo, and she especially loves playing “teacher” to anyone who will allow it. (When Charlotte gets out her whiteboard and math worksheets on a Saturday morning, Emmy now runs the other direction. But Theo is still game.)

Charlotte has become very curious about what it means to have a disability, and she’s been vocal about the fact that we should embrace people with disabilities. Last year, she wasn’t saying the word “disability.” This year, I hear it a lot. But she doesn’t see it as a bad thing. She sees opportunities to appreciate the differences in everyone. Sometimes I worry that she’s become TOO obsessed with the idea of her sister having a disability and focuses on it too much…but then I think this is just a phase as she learns what it means to have a sibling with Williams syndrome. Charlotte is interested in everything under the sun — sports, acting, voice lessons, piano, art, gymnastics… I’m trying to narrow down the activities to our top 2, though I once read an article that kids don’t find their true interests until they’re in eighth grade. So right now, we’re still swept up in the wave of…everything.

Theo is the dutiful little brother. He seems to still enjoy being the “baby” of the family, even though he’s 3 years old. I think I cater to that a little bit because I know we won’t have any more kids, so I’m snuggling up the last of those baby feelings. Theo is active! I have a tough time keeping up with his energy. He adores Charlotte and Emmy, though all 3 kids have started fighting recently, which is torture to listen to. But, usually, Theo loves having fun with his sisters. He’s always, always thinking about them when they’re at school. He says things like, “Oh! That’s Emmy’s favorite color!” or “Charlotte likes that toy!” He brings a lot of liveliness and laughter into the family.

Emmy is truly a pleasure at 6 years old. Sometimes parents whose children are newly diagnosed find my blog and send me a worried email, and I swear they think I’m bonkers because I always sound so positive about Williams syndrome. They must think I’m living in La La Land. That’s certainly how I felt when Emmy was first diagnosed and I talked to a parent whose child had been living with Williams syndrome for years. The mom was enthusiastic and…dare I say…happy about Williams syndrome, while I felt as though my world was falling down around me. I couldn’t figure out how that parent was okay with the diagnosis and just assumed she was either on “happy pills” or fooling herself.

But here I am today, and I am completely 100% okay with the diagnosis. Emmy wouldn’t be who she is if she didn’t have Williams syndrome, and she is such a delight. The other day, I took Theo to the library, and the librarian came up to me and said, “I have to tell you something. Your daughter is such a doll. My week doesn’t start until I see her.” I hear that a lot about Emmy. She is a very kind and sweet person. Emmy always wants to know how other people are feeling. She is very sensitive. My aunt Eva died last May, and Emmy still brings her up several times a week because she misses her so much.

I also love that Emmy has brought interests into my life that I wouldn’t otherwise have. She is strangely obsessed with everything Halloween and spooky, which is so funny because her favorite color is pink, and she loves to wear dresses and makeup (!!) and is so GIRLIE. But (and this has been going on for a couple years…) she loves vampires, and skeletons, and ghosts, and zombies. I was never much of a fan of Halloween. I could take it or leave it. Now I see a pumpkin in February, and I drop everything. “Where’s Emmy??? I have to show Emmy this pumpkin!” We’ve been to multiple Zombie Walks, something I never thought I would do. And she recently went to a birthday party at a monster glow-in-the-dark mini-golf place, which brought a huge smile to her face. It doesn’t get much better than that! To see her excited about the monsters made ME so happy. I love that she has interests that are unique. I see the world so differently through her eyes, and that makes life more fun.

Of course we have challenges, and nothing is perfect by any means. But that applies to everyone. As I always tell Charlotte, “If I wanted perfection, I would’ve had a robot instead of a child.” (It makes sense in the moment…) My children are so different and, while one child may be the easiest on Monday, he or she is my most challenging on a Tuesday. It really depends on the ebb and flow of life and whatever is going on with them. 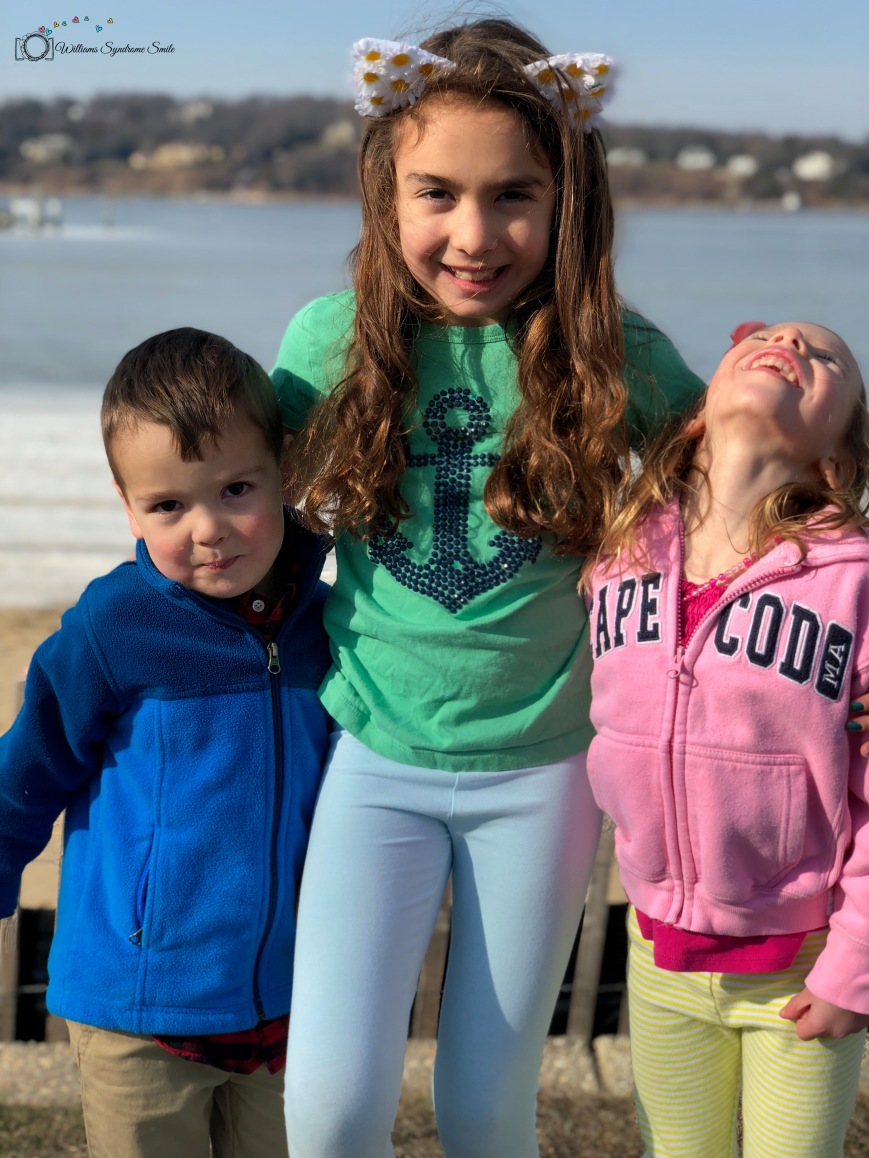 12 thoughts on “Ready for Spring”