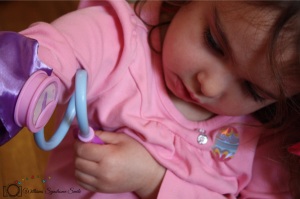 Charlotte got a new doctor kit and has been running around taking everyone’s blood pressure and temperature. She says things like “This will only hurt a bit” and then administers a fake shot. I always howl “OWWWW! You didn’t tell me that would hurt!” to make her laugh.

I felt a knot in my stomach. I wish I could capture the innocence of childhood, even though I’m well aware that is fleeting. Charlotte doesn’t know that her sister has Williams syndrome, nor does she know that she has a heart defect which may require surgery in the next few months. Emmy’s narrowing in her aorta has gotten worse and, at our last cardiologist appointment, we started talking about surgery–an inevitable situation that has been hanging over our heads for almost 2 years but has never been so close as it is now.

I have met children with Williams syndrome who have undergone heart surgery, and they are doing amazingly well. You would never, ever guess that these energetic, cheerful children have had open heart surgery.

I also belong to a support group for parents whose children were born with heart defects, so I see first-hand how wonderfully their kids turned out, even after multiple heart surgeries. These kids have 100 times more energy than I do! I have a friend from the group whose sweet son is undergoing his third open heart surgery right now. I’m thinking about them.

It’s something that I never imagined myself facing as a parent. I always thought about washing down scraped knees, pouring orange juice for a cold, and kissing little bumps on heads. The thought of the scary-sounding heart surgery, which seems like something that only happens on tv, never crossed my mind. Today it does. 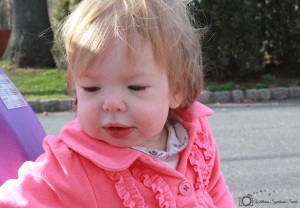 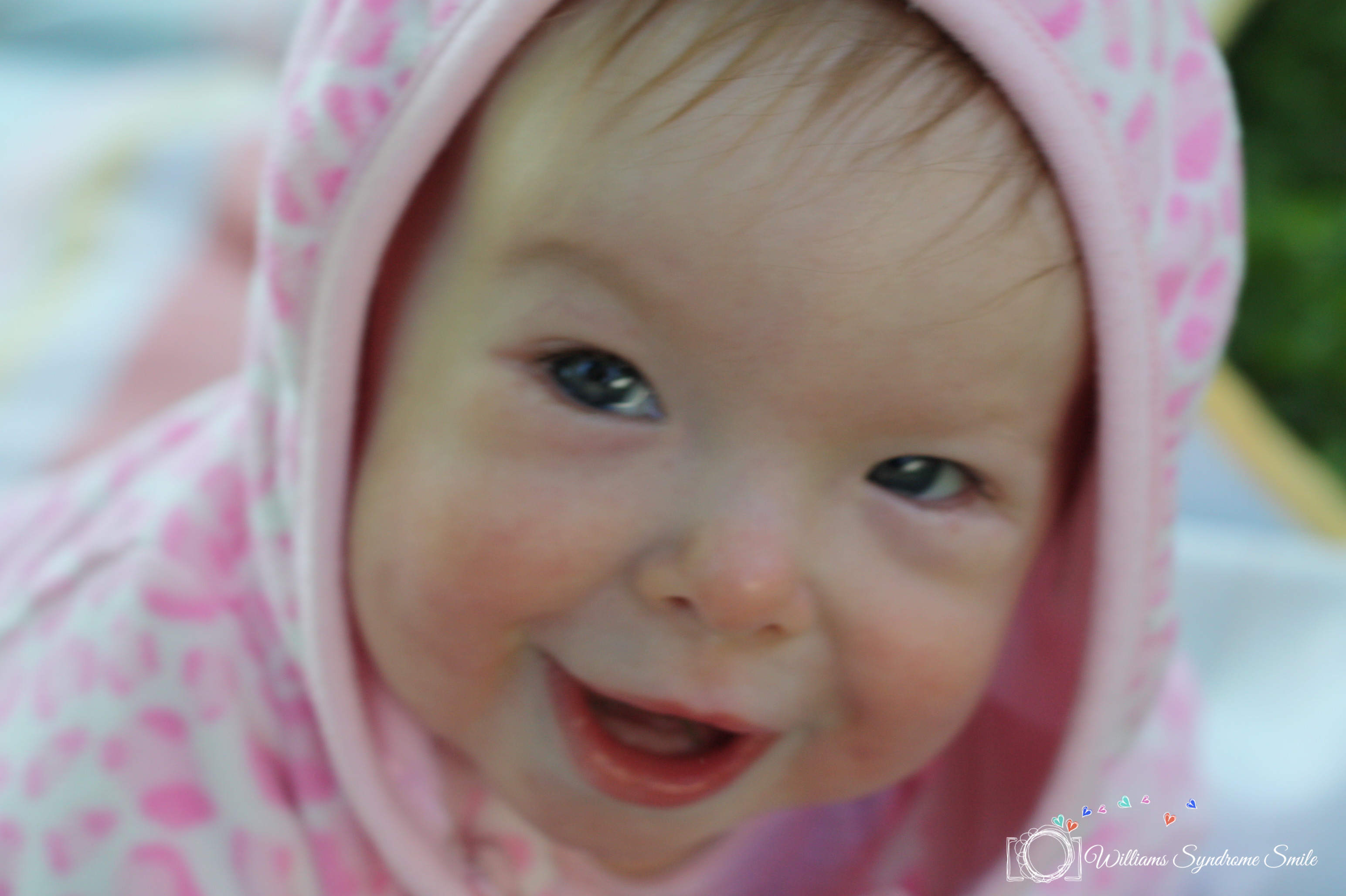